Twitter, perhaps one of the oldest and the most widely used social media around the world. Although it is still used by a lot of people and is constantly updated, it has a lot of restrictions and a very stuffy User Interface. To overcome these issues people have now started using Twitter++, a tweaked version of Twitter, that enables the users to have more freedom and control over their social media account. In this guide, we will be learning how to install Twitter++ on your iOS devices using CokernutX Store. Twitter++ is the better version of Twitter and we’ll be taking a closer look into what exactly Twitter++ is and all the features that it has to offer.

As mentioned above Twitter++ is a tweaked version of the original application but with added features. Twitter has been the staple for all big influencers and the link between influencers and their fans. It even acts as a source to get the latest news and keep in touch with what’s happening around the world. However, Twitter is far more linear compared to its social media counterparts that feature a lot of videos and a much more fluid User Interface. With help of this tweaked version, Twitter++, the users can overcome some of the hurdles present in the application. Twitter++ is not a completely different application and still has the same User Interface but some of the added features make this application very appealing. You can check out – Spotify++ (Premium Music for Free) – Mod App on iOS.

Some of the added features present in the Twitter++ on iOS include:

The above mentioned are some of the features that you will be able to access along with the standard Twitter features that you get. These additional features make a very strong case for being the better version of the two, but it’s up to you to decide.

Twitter++ allows you to customize the app in several ways. For example, you can change the colours, fonts and size of elements within the app and choose from several different layouts for your tweets and notifications. Apart from that, you can set up multiple accounts with just one login and even filter your timelines based on hashtags or keywords.

We will be using CokernutX Store to install Twitter++ on the iOS device. As we all know, Apple doesn’t allow its users to install applications of any type outside of the Apple AppStore, and to prevent it has some special restrictions in place. The important thing to know is that in this guide we aren’t jailbreaking our device, instead simply bypassing the restrictions using CokernutX Store. Here’s how it’s done:

Now that we have successfully installed the CokernutX Store, let’s quickly download Twitter++ on your iOS device. 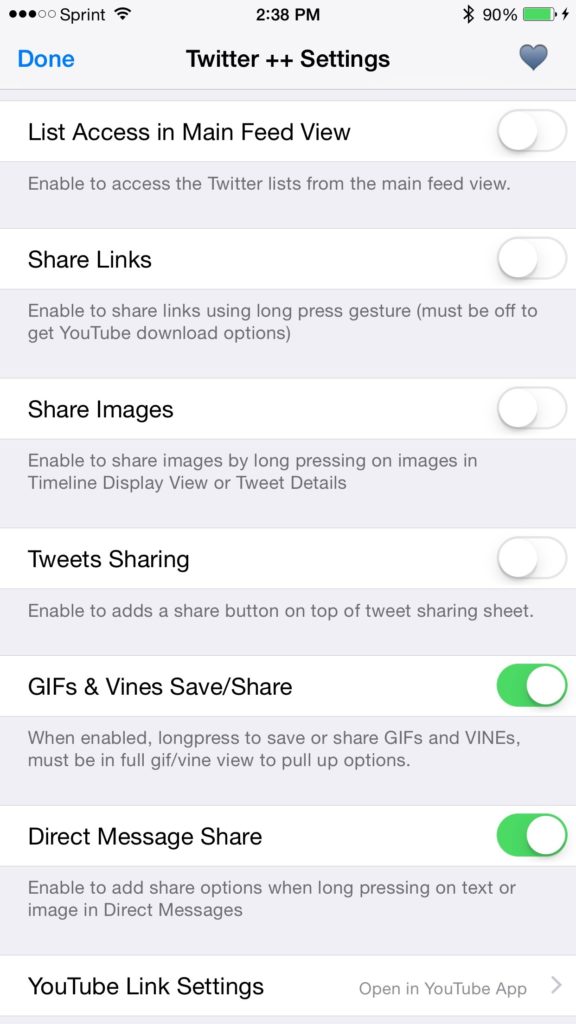 The reason why we are using CokernutX Store is that it offers a way easier UI and more options than the AppStore. CokernutX is one such Third-Party installer that offers up to 5000 paid applications for free. Some of its other features include:

Twitter is a social media application that has been trending on top list since very long. It is the old school platform that allows you some amazing features. Twitter is really good to interact with public and announcements, yet people look for some alternatives. So here is the list that we have catered for you.

Almost the same age social media platform, Facebook is meant for socializing. The application allows you to share your news, announcement, helps you interact, and finally keep you scrolling on it for hours.

It isn’t really a social media platform, it mostly covers up the privacy part. You can share stores with friends, and enjoy sharing snaps. The application is crafted to spend time in person.

Reddit is the king alternative of Twitter. The social media platform will leave you addicted. It has almost all features that you will crave for. So, give Reddit a try now! It is one of the best app you can use.

The method used in the guide is tried and tested. As long as the steps mentioned in the guide are followed properly, there will be no problem with installing and using the Twitter++ application.

Yes, I think that Twitter++ is worth getting. Not only does it have the basic features but gives special features that make the experience better. However, it’s a personal preference, make sure to read the benefits before deciding to download it.

Make sure to trust the developer’s app in the device settings before opening/running the application.

Yes, CokernutX Store is a safe third-party installer that can get you access to all the paid or restricted applications you want.

With the help of this guide, you get Twitter++ on your iOS device and it is a short and easy procedure to get it. The application is not very big and doesn’t take up a lot of space, not to mention all the benefits and features that it has to offer. All in all, Twitter++ is worth getting and as long as you follow this guide the process will be very quick and easy.

I hope you found this article useful, and if you liked it feel free to check out our other articles by clicking here. We will be back with another useful guide soon.